Hello! Today I prepared a useful article for engineers like me. I will tell you how much is the monthly salary of engineers such as Industry, Machinery, Civil, Computer, Chemistry, Environment, Electric-Electronics.

With my engineering master’s experience in Italy and my knowledge in more than 55 countries, I found and compiled engineer salaries all over the world, especially in Europe, America, England, from official sources!

Engineer Salaries in the World

Engineer Salary in the United Kingdom

UK is one of the countries where engineers want to work most. United Kingdom is generally known for its good opportunities and living conditions for engineers.

On average, an engineer in the UK earns a salary of between $3,800 and $4,000, according to official data from the UK Employment Department. In other words, engineer salaries in the UK average between $45,000 and $50,000 per year. These amounts are for engineers working in the private sector and in the public sector. I should add that computer engineering, industrial engineering and software engineering are among the most popular engineering in the UK lately.

While you need to work 36 hours a week on average to get this salary in the UK, a tax of around 30% is taken from your income.

Taiwan is one of the most popular countries in Asia in recent years. Because they are known for their famous companies in the field of engineering and the qualified workforce they employ. As a result, engineer salaries in Taiwan are also quite satisfactory.

According to the “National Statistics Republic of China” statistics, engineers in Taiwan have an average monthly salary of between $2,200 and $4,000. This salary is usually slightly higher at firms in the private sector.

The weekly working time in Taiwan is around 41 hours, while the annual deduction from income is in the band of 13 percent. There are job opportunities in Taiwan in fields such as civil engineering, oil-gas engineering, computer engineering.

Canada is one of the dream countries of engineers all over the world and engineer salaries are really good in this country.

According to “Canada’s National Statistical Agency” data, engineer salaries in Canada are around $2900-3000. US dollars, not Canadian dollars!

The prominent feature of Canada is that the average weekly working hours is as low as 32 hours. However, you are faced with a tax liability of up to 36 percent.

It’s time for the Scandinavian countries! Sweden is already a country known for its high living standards and good facilities. This is also true for engineering!

Sweden has one of the highest salaries for engineers in the world. The average annual engineer income in Sweden is around $70,000. This makes a great amount of $ 7,000 – $ 8,000 per month. Sweden has recently been offering new opportunities in engineering such as software, electrical-electronics and computers.

How Much Do Engineers Earn in Korea?

South Korea, one of the rising countries of the 21st century, is among the countries that offer good opportunities to engineers. On average, an engineer’s salary in Korea is around 2,500,000 won, according to the “Korea Ministry of Labor” amounts. This equates to approximately $2,500 per month.

While you can get this wage by working 40 hours a month on average in Korea, there is a 10-11 percent deduction for taxes.

How Much is Engineer Salary in Germany?

It’s time for the most curious country! In my opinion, Germany is the first country where every engineer considers working abroad. Especially if you graduated from industrial, mechanical, chemical, etc. engineering, you would immediately think of Germany.

The average salary of an engineer in Germany is around 4,000 euros, according to the “Federal Statistical Office of Germany”. This corresponds to an annual income of around 50,000 euros.

I should also remind you that an average of 35 percent tax is withheld from engineers working in the private sector and government in Germany.

Engineer Salaries in the USA

America! The United States of America is like an engineer’s paradise and a country where you can really find yourself with the development opportunities offered.

In fact, an engineer in America can get any salary. Because sure there are engineers who make millions! However, “U.S. According to the statistics of the Department of Labor, the average salary of an engineer in the United States is $6200 per month.

Since there is an average tax cut of 24 percent in the USA, your net salary per month is around 4500-5000 dollars.

Australia is a country known for its immigrant visas, which are particularly facilitated for engineers. There are job opportunities for many different types of engineering in Australia.

Finland is one of the most beautiful countries in Scandinavia. Engineers earn an average of 3,700 euros per month in Finland. However, this amount corresponds to a net income of between $2,500 and $3,000 on average, with tax reductions.

Engineer Salaries Around the World

An average engineer salary in Singapore is around $3600, with a 22% tax cut. However, the number of engineers residing in Singapore has been decreasing day by day due to remote working.

Another Asian country, Japan, is a country that offers good opportunities for engineers. Average engineer salaries in Japan are around 330,000 yen per month. This corresponds to a net salary of $2,000 – $2,500 with approximate tax cuts.

According to the data of the national statistical agency, the average monthly salary of engineers in Italy is 3,200 euros. This shows that engineers earn approximately 40,000 euros per year.

Portugal is a country in Europe where engineering salaries are slightly lower. However, on average, engineers in Portugal have an income of 2,300 euros per month.

Norway is one of the countries with the highest salary for engineers in the world. On average in Norway, engineers can earn a salary of around 5,000-8,000 euros.

Switzerland is a country where engineering salaries are very high, but job opportunities are not that much. In Switzerland, there is an engineer salary between 4,000-6,000 euros per month.

China is the most crowded country in the world. Although they have quite large companies and workforce in terms of engineering, the average engineer salaries are not at a good level.

The average engineer salary in China is between $300 and $1,000, according to amounts from the Chinese statistical agency. We can say that this is a very low amount compared to the world standard.

France is at the top of the countries where engineers want to work. Engineering salaries in France average around 2,500 – 4,000 euros.

The Netherlands is a country known for the engineers it employs, especially in the IT sector. Average engineer salaries in the Netherlands are between 3,000 and 5,000 euros.

Which Country Has the Highest Engineer Salaries?

In fact, engineer salaries are generally distributed in direct proportion to the wealth of countries. In parallel with this, countries such as Norway, Sweden, Finland, Switzerland and Canada where engineers earn the highest salary in the world.

Which Countries Are Best For Engineers?

For engineers, living conditions come to the fore in addition to the salary. Self-development opportunities are also important. From this point of view, America, Canada, Australia and Scandinavian countries are among the best options for engineers.

Which Engineers Pay the Most?

In fact, every engineering has more and less amount of salary in itself. But mostly software and computer engineering are the fields that can earn the highest salaries.

In this way, I have explained the subject of engineer salaries in the world in detail ? I wrote all of them with the information I got from official sources. Of course, these numbers will vary from year to year and according to conditions, but the important thing is to give you an idea. If you have any specific questions, please feel free to ask in the comment section below, love to you all!

How to Send Money from UK to Turkey?

Hello to everyone! I'm Gorkem Yuksel. I have traveled to 6 continents and more than 55 countries around the world, have lived Italy and Turkey. I share all these experiences on my blog named Gorgeous Way. My name means "gorgeous" in English. Gorgeous Way tells basically my way! 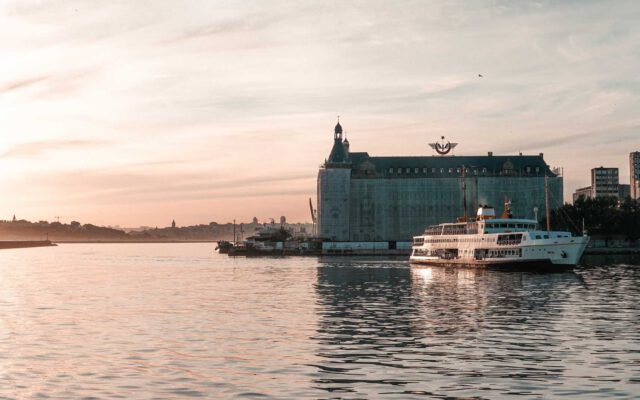 Istanbul’s Asian Side & Best Things to Do

Hello to everyone! I have been living in Istanbul for years. Today i will tell you the best things to do in Istanbul’s Asian Side as a local person. Actually we call it the Anatolian […]